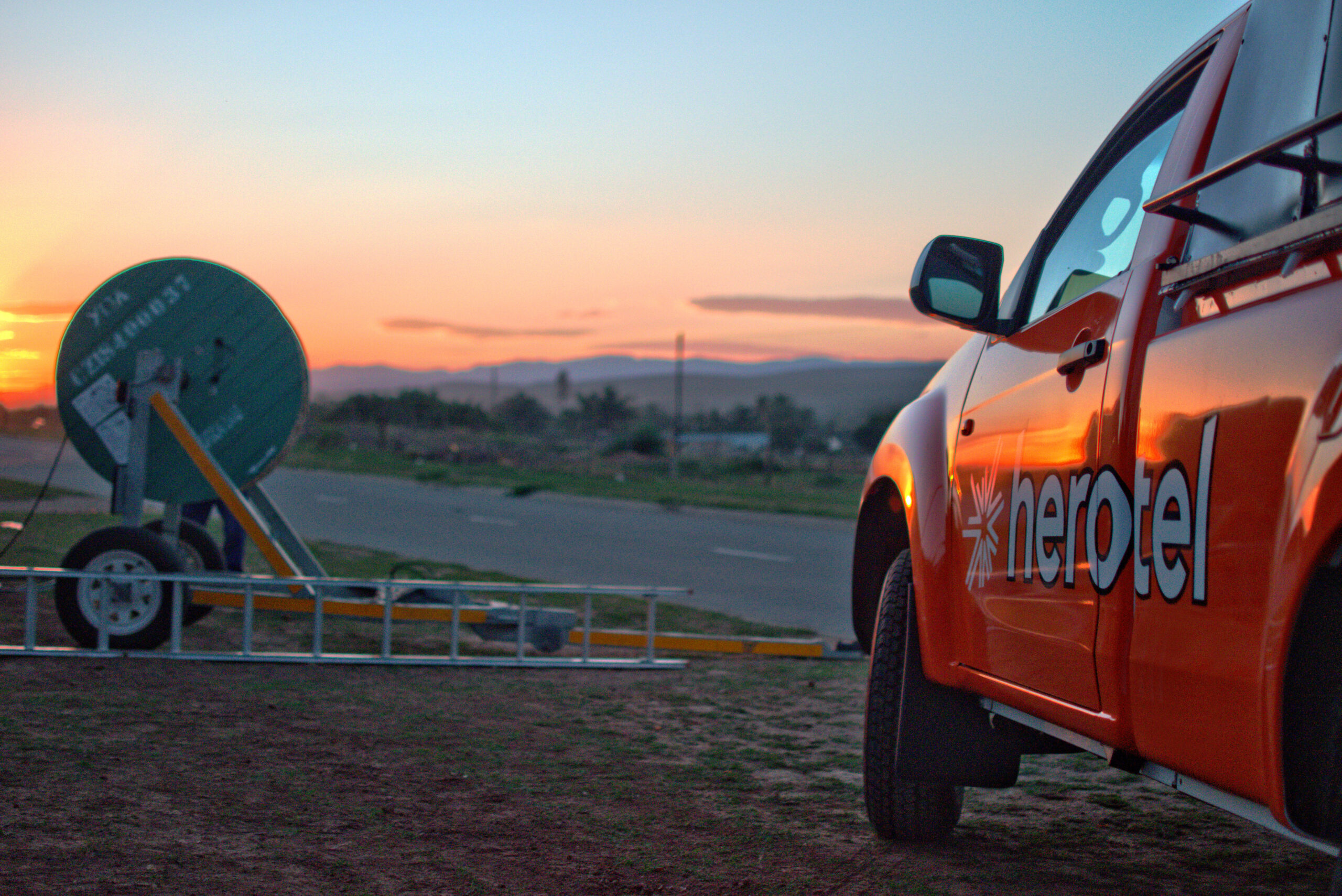 This article was originally published on News24 by Sibongile Khumalo

Herotel, one of the country’s early internet provider startups, has been gobbling up smaller providers to make its mark in non-metro areas, and its CEO Van Zyl Botha says consolidation is key for survival.

Founded in 2013, Herotel’s growth has been marked by consolidations and capitalising on slower moves by its competitors.

Telkom, the country’s former fixed-line operator, had the advantage of extensive ADSL/copper infrastructure on the ground but had been slow to drive last-mile connections to homes and businesses. It presented competition, but Herotel managed to take the gap and gain ground.

Last-mile connectivity refers to the final leg of the telecommunications networks that deliver the internet to end users.

Herotel has 150 000 wireless and fibre customers in South Africa, including in the smallest of towns, such as Jourbertina, Ladybrand, KwaMagxaki township in Gqeberha, and Lephalale and offers month-to-month and prepaid fibre.

A total 300 000 fibre stands, which are homes that are ready connect to fibre internet, have been passed. The company plans to grow the number in the next 6 months to 400 000.

“These efforts are supported by 4 233 wireless towers on the urban edge to connect those close to the towns,” the company said.

Townships and underserved areas have emerged as new growth area for the industry as the demand for fast, reliable internet grows. It is a battle that is likely to boil down to quality of service and access to capital required to scale this critical market.

Small companies and market giants alike appear to be alive to the economic return it holds.

In the areas where mobile operators have not been able to roll out fibre, companies have been increasing wireless capacity and rolling out infrastructure for new technologies.

Botha said Telkom’s move of not ramping up last-mile connectivity earlier created an opportunity for Herotel. But this has not been the only thing that helped Herotel increase its market share. The company has, over the years, made 36 acquisitions of smaller operators in the sector.

“When we arrived at some of the towns, there were local players … we consolidated some of these operators into Herotel, instead of duplicating infrastructure. From there, we built our own infrastructure,” said Botha.

The company has not been the only one buying. In February 2022, Community Investment Ventures Holdings (CIVH), Vumatel’s holding company, acquired a 45% stake in Herotel, as part of consolidating its own investment in broadband fibre power. There is a possibility that it could increase its stake.

CIVH, which is controlled by Remgro, this year folded Vumatel and its other company, Dark Fibre Africa, into a single entity which assumed a new name, MAZIV. Vodacom is set to acquire a 30% stake in the new entity, in a deal that will have to be approved by the Competition Commission.

Speaking about the potential of being fully controlled by Vumatel, Botha said the acquisition would make raising debt from banks and capital easier, allowing them to roll out more fibre and get the country connected.

Botha, who was appointed CEO in 2018, describes broadband access as a basic human right, and says access to capital in the telecoms space is critical, as the industry is a scale business.

“The bigger you are, the more services you buy and the cheaper it gets. Telecom is a scale business.”

Let's get you connected in 3 easy steps!

Location
Use my current position
Black Friday
Get Fibre
Herotel’s website uses cookies to give you the best possible experience as you navigate the website. There is no secondary processing of the data. These cookies are necessary for the website to function and cannot be switched off in our systems. They are usually only set in response to actions made by you which amount to a request for services, such as setting your privacy preferences, logging in or filling in forms. You can set your browser to block or alert you about these cookies, but some parts of the site will then not work. These cookies do not store any personally identifiable information. By clicking “Accept”, you consent to the use of ALL the cookies. However you may visit Cookie Settings to provide a controlled consent.
Cookie settingsACCEPT
Manage consent

This website uses cookies to improve your experience while you navigate through the website. Out of these cookies, the cookies that are categorized as necessary are stored on your browser as they are essential for the working of basic functionalities of the website. We also use third-party cookies that help us analyze and understand how you use this website. These cookies will be stored in your browser only with your consent. You also have the option to opt-out of these cookies. But opting out of some of these cookies may have an effect on your browsing experience.
Necessary Always Enabled
Necessary cookies are absolutely essential for the website to function properly. These cookies ensure basic functionalities and security features of the website, anonymously.
Functional
Functional cookies help to perform certain functionalities like sharing the content of the website on social media platforms, collect feedbacks, and other third-party features.
Performance
Performance cookies are used to understand and analyze the key performance indexes of the website which helps in delivering a better user experience for the visitors.
Analytics
Analytical cookies are used to understand how visitors interact with the website. These cookies help provide information on metrics the number of visitors, bounce rate, traffic source, etc.
Advertisement
Advertisement cookies are used to provide visitors with relevant ads and marketing campaigns. These cookies track visitors across websites and collect information to provide customized ads.
Others
Other uncategorized cookies are those that are being analyzed and have not been classified into a category as yet.
Save & Accept
Powered by