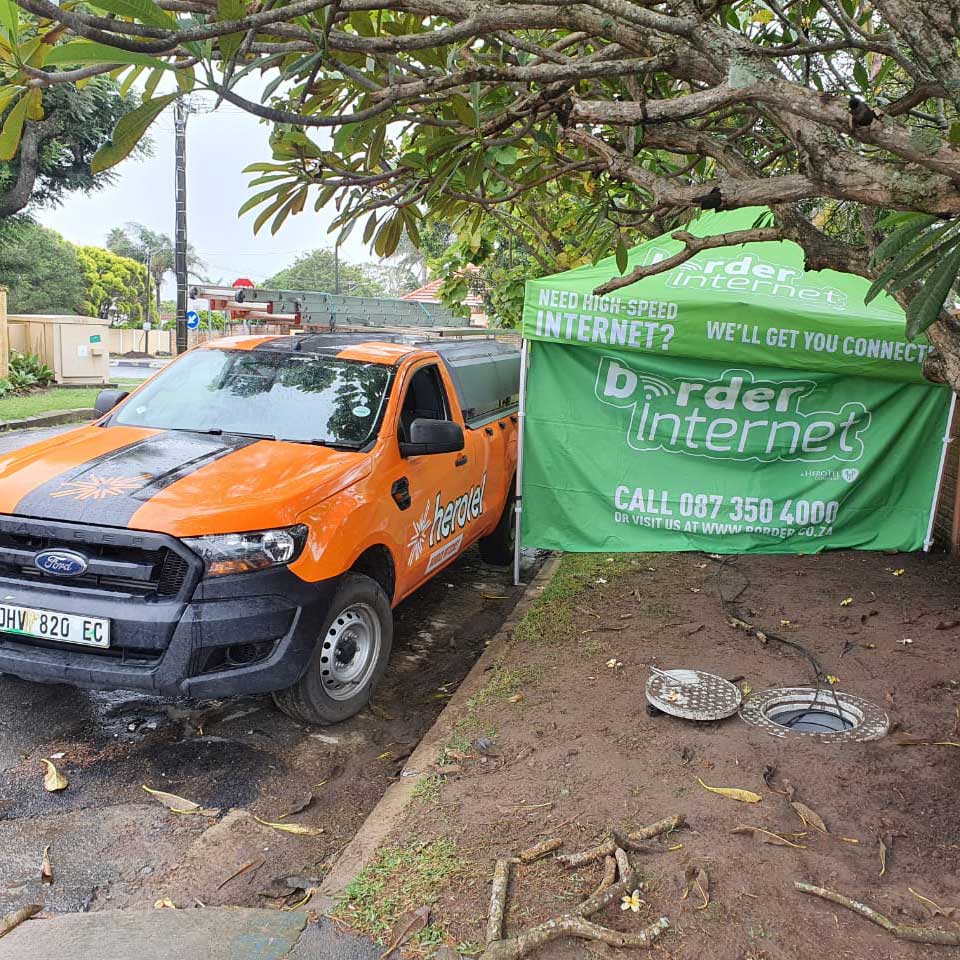 Local fibre company, Herotel Border, is building a world-class fibre internet network in East London, having recently started installing in the suburb of Vincent. Originally founded in East London in 1997 under the name, Border Internet, the company was acquired by Herotel in 2017 and rebranded as Herotel Border in February 2020.  The fibre provider is now investing heavily in the local economy with a fibre network that will empower the local community in the years to come.

Speaking about the transformative effect that internet access can have on the local economy, Anne Bhagwan, General Manager at Herotel Border, says that growing access to affordable high speed fibre networks in East London will help to drive skills development and job opportunities throughout the city. “In addition, rolling out fibre networks in suburban areas has shown positive effects on property values. Based in East London, Herotel Border is part of the community, and we feel passionate about working to improve the city that has supported our businesses over the last 23 years.”

To cause as little disruption to the residents of Vincent as possible, Herotel Border has opted to construct an aerial fibre network wherever it is feasible, rather than to dig trenches. Bhagwan explains that the aerial network has two huge benefits. “Because we are not digging trenches for the majority of the project, installation is going to be much faster. It is also a significantly more cost-effective way of building a network, which means that we are able to offer our clients a much lower price than other service providers. In fact, our internet packages for residential clients start from only R350 per month for a 5Mbps connection.”

As part of the rollout in Vincent, Herotel Border is also offering an additional perk to homeowners. “Our team members, dressed in Herotel Border uniform, will be approaching residents for permission to plant poles within the servitude on the property boundary line. In gratitude for allowing us to build our network in their neighbourhood, Herotel Border will be offering special promotional package prices for the residents who assist us,” she says.

Bhagwan reiterates that Herotel Border’s fibre network is locally-owned and maintained. “We are building a network using our own resources, and no work is being outsourced to contractors from outside the region. In addition, our company will be here in five years when the network needs maintenance. Our sales and support are also not done through third party Internet Service Providers (ISPs). This means all of our clients can contact our office directly whenever they have a query, as opposed to dealing with a call centre in Johannesburg or Cape Town. ”

Lastly, she addresses any possible concerns that local residents may have. “I personally promise each and every homeowner in East London that our installation teams will have the utmost respect for each neighbourhood where we install our networks. Our teams will do no damage and will always clean up where they have worked – because we also live in these neighbourhoods,” Bhagwan concludes.